Brisbane house prices are holding in the face of a declining national property market, showing a small increase to the median price, new figures show.

As house prices in Australia’s two biggest cities fall deeper into a downturn, the Brisbane local government area is bucking the trend, showing a small quarter-on-quarter median house price rise from $668,000 to $670,000.

The latest Domain House Price Report for the December 2018 quarter showed national house prices had the steepest annual fall in 15 years, shrinking back to mid-2016 levels, while Sydney prices alone have fallen 11.4 per cent from the mid-2017 peak.

Year-on-year, Brisbane LGA’s median house price flatlined, showing 0.0 per cent growth, while the figures for Greater Brisbane showed the annual median house price was down slightly by 0.1 per cent across the five LGAs, which include Brisbane, Ipswich, Redland, Moreton Bay and Logan.

“It is a better outcome than many other Australian capital cities have experienced, with Brisbane proving the fourth-best performer, behind Hobart, Adelaide and Canberra,” Dr Powell said.

She said stricter lending conditions were the main impediment to Brisbane’s house prices, which would otherwise be rising. 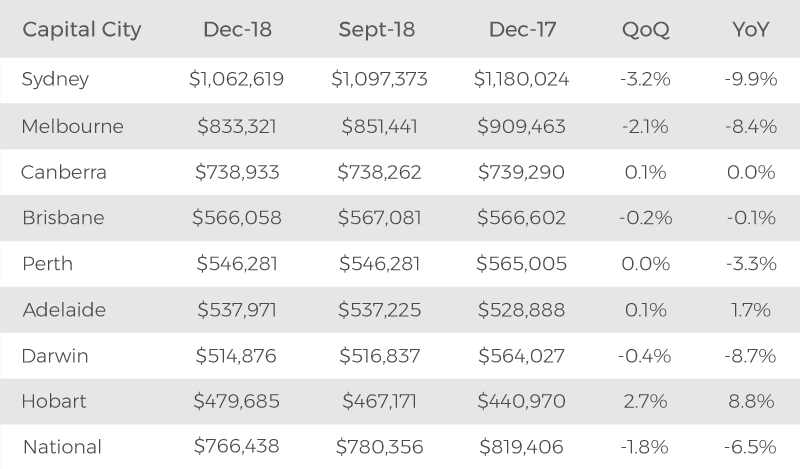 “Greater Brisbane house price growth evaporated by the end of 2018, with prices ultimately flatlining over the quarter and year … this provides further evidence that credit access is not only impacting Sydney and Melbourne, it is now having a marked effect on housing markets that would otherwise be growing,” she said.

“A number of factors should provide better foundations for the housing market, as greater job prospects and an improved economic outlook draw residents to the state.

“Queensland remains a magnet for interstate migrants, which is currently at a 12-year high, and more residents are moving from overseas. Demand is rising, with Domain recording an increase in the number of views per listing.”

“Brisbane is doing what Brisbane always does and that’s remain consistent. We do not suffer the ups and downs of the southern states; not only do families want to live here because it’s liveable, investors feel confident about the security of this market.”

Ms O’Dea said she was not surprised by the subdued Brisbane figures, having seen a surplus of stock on the market in the lead-up to Christmas last year, but said there had been an uptick in activity over January.

“The way the year ended, there was quite a bit of stock on the market. It took a little longer to sell, finance is slowing things down there, but most of that has now cleared since Christmas and we’re now seeing people coming back from holidays wanting to see new stock.

“We’re seeing really good numbers coming through the houses and that’s a normal, healthy sign that our market is moving. We’re not talking a fabulous market; we’re talking a good, steady market, with some really good stock coming on.”

Ray White New Farm principal Haesley Cush said he was not surprised by the figures.

“We did feel a heavy drag on the market in November and December, on the frontline and at auctions and opens, and we think it was the downward pressure of the other states,” he said.

“But Brisbane’s market is not Sydney’s and in our office in January, every agent is commenting on the huge uplift of inquiry and the number of people at open houses, compared with the end of last year.”

Ms O’Dea said the lending landscape had impacted some sales in 2018 but buyers were now working out how to borrow in the tighter credit environment.

“The new lending conditions caused some uncertainty — and the upcoming banking inquiry will cause further uncertainty — but buyers are finding their way in this new environment and working out what’s needed,” she said.

“The banks are still lending, we just need to learn a few new ways and be mindful that banks are going to be more thorough, particularly with credit cards and the way we spend money. Our finance people are still doing good business, they’re just doing it differently.” 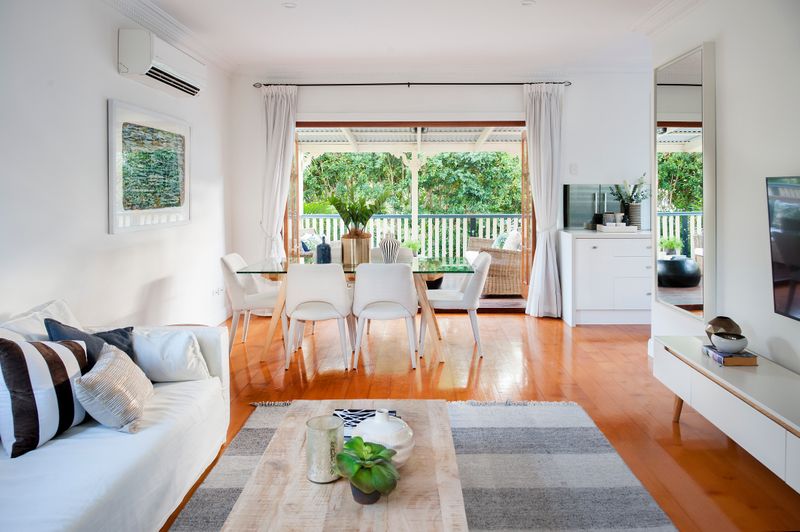 After a quiet end to 2018, buyers are back out in force in Brisbane

Judi stresses that Sydney and Melbourne's housing woes are not Brisbane's

A member of our team will get back to you promptly.